Cost Of Living Comparison between Germany and Italy, this is a significant discussion to do if one is planning to move to either of these countries. Comparing the salary range which is higher in Germany than in Italy, it is estimated that the living cost will be higher in Germany. Specifically, the total consumer cost in Italy will be 6.80% lower than in Germany.

Moreover, the expense of food and other basic things for a living will be around 31.09% higher in Germany compare to Italy. Furthermore, one will find more information below illustrated by our experts.

In Italy, the living cost for one person will be around $1240 meanwhile it will be $1346 in Germany. Moreover, a single family with four members will have to expense at least $3290 in Germany. On the other hand, it will be lower in Italy’s calculation only $3080. Furthermore, for the international student, the living cost in Germany is lesser than in Italy since Germany offers free of cost education.

Cost Of Living Comparison between Germany and Italy

Specifically, the number of migrants in Germany hits at least 1 million every year which was dropped because of Covid. According to the statistic of the Federal Office for Migration and Refugees, at least 1,139,816 migrants arrived in Germany from all over the world in 2021. On the other hand, Italy is another country in Europe that welcome migrant and refugees in a high number. As to the statistics of the official organization, they have accepted around 59,702 people in 2020.

When one particularly decides to move to Europe, they mostly prefer some of the mid-ranged countries where living costs and income are comparatively neutral. Specifically, in Germany, the living cost of one person per month will be around $1346 including rent, utility, food, and everything else. On the other hand, it will be around $1240 in Italy. That means the overall living cost for one person in Italy will be cheaper than in Germany.

Moreover, a family of four members will have to expense more in Germany than in Italy. The total cost will depend on the house they rent. However, if they get a 3 or 4-room apartment, it will be $3290 in Germany and $3080 in Italy. Before going into the further discussion of the living cost, one must know some of the basic information which will directly or indirectly affect the living cost.

From the information above, one can state that Germany is geographically bigger than Italy in a suitable location. Also, the unemployment rate is too lower with is only 3.5% than the other one. One of the big facts that alter the living quality of the people mainly the migrants is the English language speaking rate which is at least twice in Germany than in Italy.

The living cost of a person is directly involved with their income of theirs based on their skills. Between Germany and Italy, the gross salary of all the popular jobs has a huge difference. Specifically, in Germany, the salary range is higher than in Italy in every position. Also, the tax rate is lower there too which increases the salary and is beneficial to peoples living quality.

Here, we can see that rent of one room apartment or any type of apartment is higher in Germany than in Italy. One person living in Germany will have to pay at least 20.45% more rent than in Italy for one room. The housing cost is the biggest expense of total living expense for a month or a year. So, one will have to consider the house rent first before anything.

They have to consider their salary in both of the countries and need to calculate whether they can afford the house rent or not. Also, they can decide after calculating the other cost which they will find below

In Europe, one will have to pay for the electricity, water, heating, garbage, and cleaning of the house. The utility bills for a month will vary from household to household and person to person. However, the utility bills will be more in Germany than in Italy including the call rate and internet bills.

Wherever one lives transportation is a must to move from one place to another. Luckily, in Europe specifically in Germany and Italy, the transportation is pretty advanced and comfortable. Also, they are quite cheap compared to other countries. Specifically, in public transport for a one-way ticket in Germany, one will have to pay around $3 but in Italy, it will be around $2 or less.

Another big expense in the living cost monthly or annually is the groceries. The total amount will depend on the number of family members and the food habit. So, estimating a total price for both of the country is hard. However, we can illustrate the groceries price individually.

In Germany and Italy, eating outside is pretty normal. Mainly, the working people prefer eating outside to home since they always run out of time and do not get enough time for cooking. Moreover, eating outside is a fun thing and one of the ways of entertainment. Following that, bills in the restaurant for the same food (quality and quantity may defer), one will have to pay more in Italy. Therefore, eating in a restaurant in Germany will be cheaper than in Italy.

Another basic need of humans is clothing which will hold different prices in different places. For the same cloth of the same brand can be a little higher in Italy and less in Germany or vice versa. In both Germany and Italy, the Garment industry is not developed, they have to import clothes from many countries. Moreover, the clothing expense will be higher in Germany in total than in Italy.

Overall, the living expense will be lower in Italy than in Germany. According to some official online platforms, in terms of living expenses, Germany is in 25th of position and Italy is in 27th of position. Therefore, officially living in Italy will be cheaper compared to Germany.

Many people move to Germany and Italy for business or Job purposes. In such a situation they earned a handsome amount of salary. Not only the migrant but anyone living in these two countries earned same in the same position. We have already mentioned the salary of different positions in both countries. Therefore, in such a position one will want to live a luxurious life there. Let’s see the cost for these two countries for a luxury living style.

Except for the automotive cost, everything else will be more expensive In Germany than in Italy.  Even if one wants to live a luxurious life it will be less expensive in Italy than in Germany.

One may think that the cost of living for a single person and a student will be the same. Well, this is a misconception people have regarding living in Europe. One of the best things about Italy and Germany is both the countries are extremely student-friendly, mainly international student-friendly. Offering many subjects in the English language, they attract a huge number of international students every year.

Here the living costs for the general and international students will be different in Germany and Italy. Because in both of the country they offer student housing at least 40% to 60% lower than the regular house rent. Moreover, Germany offers free education in public universities for Bachelor’s, master’s, and Ph.D. So, there will be a huge difference in living expenses for international students in Germany and Italy.

Living in Germany and Italy, the big difference an international student will face is the tuition fees and the accommodation. In both public and private universities Germany offers education at an extremely cheaper cost. Also, the accommodation cost in Germany is comparatively lower than in Italy. Therefore, we can say that for international student, living cost in Germany is lower than in Italy in total.

First, we will be comparing the living cost of the capital of both countries. Specifically, Berlin is the capital of Germany and Rome is the capital of Italy. Both the cities are rich in history, culture, economy, and diversity. People from all over the world love to live in either of these cities. Now let’s see the comparison of living costs there.

Though the cost of food is lower in Berlin by 18.5%, overall living in the capital of Germany will be expensive compared to Rome. The main big difference will be in the house rent which increases the expenses in berlin by 8.4% for a single person and 19.16% for a family of four members.

Munich Vs Milan, the most expensive city

In the two most expensive cities of Germany and Italy, the living costs will be higher in Munich which is the most popular city in Germany. Overall, a single person and a family of four people will have to expense a handsome amount of money in Munich compare to Milan.

Bielefeld Vs Palermo, the most affordable city

Overall, whether it is for basic living or luxurious living, the cost of living in Germany will be expensive compared to Italy. On a specific note, the food expense in Italy will be more expensive than in Germany in most of the cities. However, the scenario might be different in the case of an international student. Because Germany offers tuition fees less education as well as low-cost student housing which is not the same case in Italy. Therefore, one will have to choose and plan the living according to their salary range and way of living.

The expenses we describe above will vary from person to person because it is their personal preference that is different for the individual. Some may live a month lower than the range we describe. On the other hand, some may need more than the amount we have estimated. However, one can consider it is an average cost for a basic living.

By: Mahmuda Afreen / Read more about us. Both Colorado and California are two states where people can live happily. However, the geographical stand of these two states is completely different. One is full of hills and dryness and the other one is of sea, beach, and greens. But living in California will be way more…

By: Mahmuda Afreen / Read more about us. Do you wish to travel to the world’s longest sea beach Cox’s Bazar? If the answer is yes, you should gather your tourist group and baggage to fly to Bangladesh and witness the natural scenery of the beach. A single-day tour to Bangladesh can cost you $175… 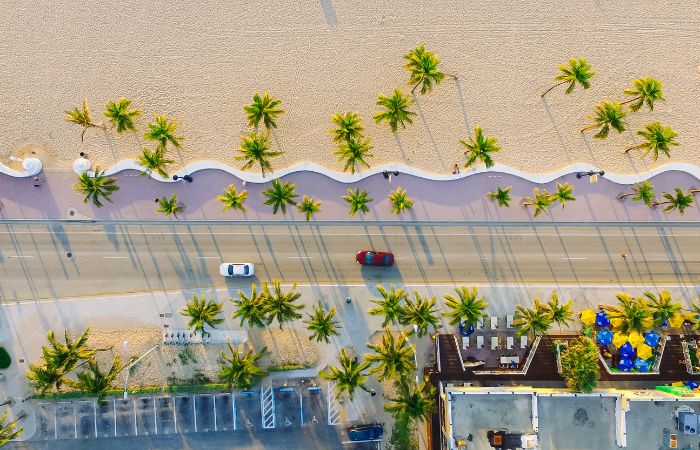 By: Mahmuda Afreen / Read more about us. Bangladesh is facing the highest ever annual inflation rate in recent times. The price of essential commodities is skyrocketing, making it harder to bear the daily expenses. Dhaka, the capital of Bangladesh, is always an expensive city to live in. But the higher inflation rate is making…