India is the eighth-largest country in the world with a population of over 1.38 billion.

Despite having a gigantic geographical landscape and huge manpower, India is comparatively cheaper to live in.

Mumbai, the most expensive city in India, remains in the 20th position among all Asian countries in the cost of living Index.

The average monthly living cost of an Indian city dweller is 25,000INR.

Living in India is comparatively cheaper

India is affordable.  The diversity of Indian culture along with affordable living expenses makes India a place worth living.

Depending on the geological location and opportunities available to the region, some places in India can be super expensive to live in.

Mumbai, Bangalore, Delhi, Nagpur, and Visakhapatnam are some of the expensive cities to live in India.

Kolkata, Chennai, Kochi, and Ahmedabad are some of the cheapest places to live in India.

City dwellers in India depend on rent

Renting an apartment is the only way to live in the most popular cities in India. Most free lands in city areas are preoccupied.

It is therefore quite hard to buy and build houses in popular cities.

Renting an apartment is thus the only way out for most city dwellers.

Depending on the monthly salary of an individual, both cheaper and expensive alternatives are available.

Renting a single-bedroom apartment usually costs over 12000INR in a city environment.

A family-oriented three-bedroom apartment requires a monthly rent of over 30,000INR.

However, shared apartments bring less monthly rent to an individual.

An individual can stay in a shared apartment for a monthly rent of only 5000INR.

The price of groceries varies depending on the place one lives.

For example, the price of vegetables tends to be cheaper in Kolkata but expensive in Mumbai due to supply issues.

On average, one kg of white rice costs 50INR in most cities.

The price of per liter edible oil varies from 60INR to 80INR across the States.

The price of one kg onion varies from 25INR to 35INR in most cities.

An average Indian spends over 2,000INR/month for groceries.

The minimum fare in these public vehicles is around 1.50INR/kilometer.

A one-way ticket in public transportation costs around 10INR.

Depending on the distance one wants to pass, the fare of a one-way ticket varies from 10 to 30INR.

An average Indian spends over 450INR for in a month for transportation.

Indians spend 67% of the total healthcare budget on medicine.

An average Indian spends over 2,500INR/month on healthcare.

The scenario is rapidly changing among the young. Even middle-class young are giving more importance on healthcare nowadays.

Visiting to a doctor usually costs from 350INR to 750INR.

The average monthly expenditure on apparel and clothing among Indians is over 1500INR.

India has a large number of garments Industry almost in every state.

As a result, the price of apparel tends to be reasonable in most States.

A pair of quality jeans are available for about 550 INR in most Indian states.

Ethnic and cultural dresses are also a great part of India.

As an outsider, such dresses may bring excitement.

Indian traditional dresses are available from 350INR to 1500INR.

The average constructional cost to build a 1000sq.ft house in India is over 2,500INR.

Combining all the other steps, building a conventional Indian house costs from 25 lakhs Indian rupee to over  85 Lakhs Indian Rupee.

The Indian Film Industry is appealing worldwide. There will be a cinema hall in almost every state and town in India.

In general, the price of a Cinema ticket varies from 40INR to 125INR.

Sports is another most popular form of entertainment in India.

The ticket price of an international cricket match in India is from 350INR to over 1,400INR.

Other sports tickets are available from 75INR to over 1000INR.

Indians are more active in Social media than any other country. Over 75% of the population in India have social media accounts.

An average Indian spends over 1500INR/month on shopping.

Dining in a restaurant

Almost 75% of the city dwellers go in a restaurant once a month.

Therefore, dining in a restaurant is another favorite pastime activity to most Indians.

Dining in a 3-star restaurant in India costs over 450 Indian Rupee.

Dining in a 4-star or 5-star restaurant cost over 1000 Indian rupees in India.

A single state of India is almost equivalent to a smaller country in size.

Therefore, traveling across the country can be both cheap and expensive.

Traveling from one state to another cost over 5,000INR on average.

An international visitor needs to spend over 2,500INR/day for traveling across India.

Indians spend a lot on utility. The average utility cost for a person living in a single-bedroom apartment is over 1500INR.

Utility cost goes over 2500 for a family consisting of four members.

The average spending of an individual living in a shared apartment for utility is around 750INR.

The monthly income of an average Indian employee is 30,000INR.

Program Management, Healthcare, Research, and engineering are some of the popular fields in India.

From primary to post-graduation, an Indian spends over 40lakhs for education.

Studying in private engineering and medical colleges can make the education cost even higher.

A large number of international students move to India every year for studying.

At that juncture, information about living costs in India as an International student really matters.

The average monthly living cost of international students living in India is over 25,000INR.

But having a better capability to mix up with the locals can minimize the overall expense dramatically.

Buying goods from the local markets and living in a shared apartment can allow an international student to lower the overall living cost by up to 40%.

The overall living cost varies according to the family size and the place of living.

An Indian family consisting of four members living in a city area spends over 45,000INR in a month.

However, a family with a healthy earning member can spend over 60,000INR in a month for living.

It is indeed true that urban areas provide more job opportunities, but these cities are equally expensive.

Due to less competition, the living cost in rural areas is comparatively less.

Living cost across the states

India is a huge country with 28 different states. The geological characteristic of each of the states is almost different than the other.

As a result, the lifestyle and living cost varies state by state.

Maharashtra tends to be the most expensive state in India. The average living cost in Maharashtra is over 40,000INR.

Tamil Nadu, Odisha, West Bengal, and Manipur are some of the cheapest states to live in India.

Due to more job opportunities and scopes available in Mumbai, the city is one of the most densely populated areas in India.

Mumbai is also the most expensive city in India.

The average monthly living cost in Mumbai is over 35,000INR, which is equivalent to $450USD.

Bangalore remains on the second position with an average monthly living cost of over 30,000INR.

Thiruvananthapuram is the cheapest city to live in India. The average monthly living cost in this city is around 18,000INR, which is equivalent to $230.

Kolkata and Chennai remain in the second and third position in terms of cheap living cost.

The average monthly living cost in these cities is below 22,000INR.

Locals even manage to live with less than the average price range.

Living cost is always an important aspect when someone is considering to move in India. India is cheaper compared to most western countries.

Even if someone wants to live in luxury, around $2,500 should be enough for a luxury living in India.

An international student can easily live in India by spending nearly 20,000INR per month.

How to minimize the cost?

Locals are experts in minimizing the overall living cost. The price of any commodities is never fixed in India.

Unless you are purchasing anything from a supermarket, bargaining a little can save you 5INR to 10INR on each item.

At the same time, the shared apartment can also be another ideal way to minimize the overall living cost.

Locals usually live in a shared apartment to save a little of their earnings.

Most costs mentioned above belong to the average category.

The aristocratic societies living in India are marginally spending a huge amount on living.

An average upper-class family consisting of five members spends over 5 lakhs Indian rupee in a month which is equivalent to $6,350.

Comparing with other countries

India is three times cheaper than the USA. Among all continental countries, India is a bit expensive to live in comparatively.

But the living cost varies from state to state. Therefore, both expensive and cheap living is possible in India.

Continental countries like India, Bangladesh, Srilanka, and Pakistan spends less on living. While the average monthly living cost of a Bangladeshi family is around $450, an Indian middle-class family hardly spends over $500.

By: Mahmuda Afreen / Read more about us. Skill, competency, and experience are the three vital factors that dictate the pay scale for an individual. Labor cost in Bangladesh is comparatively low, but some high-skilled jobs are providing envious salary to the employees. The lowest possible salary range in Bangladesh is 6,500 BDT/month which is… 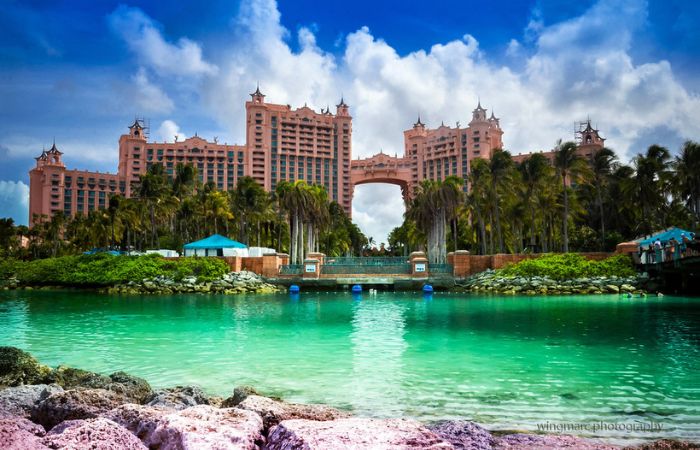 The Atlantis Paradise Island of Bahamas, a world-known Caribbean island resort featuring an unlimited source of fun and enjoyment; started at the edge of a generation in 1994. Today it is one of the most lavish touring destinations for visitors across the world. With a great history and a vivid location, Mother Nature built the…

By: Mahmuda Afreen / Read more about us. Having a literacy rate of 74.66%, the country ‘Bangladesh’ has been trying to provide a good percentage of interest in the education sector. Educational quality is marking up gradually and students from all across the world tend to come to join the education system of Bangladesh. specifically,…

If we count the dreamland of America, San Jose will be one of the bright stars. Many people want to move to this city because of the amazing opportunities and the wonderful lifestyle. Moreover, the living quality of this city has a high rank of 96 which is close to perfect. San Jose’s cost of…