Someone who often flies one to another state throughout the year might love having a personal plane spending as low as $3 million. But what’s more important to know is that purchasing an aircraft doesn’t include the entire owning cost.

Flying anywhere as you wish does require fuel in the fuel tank, which can cost you up to $50,000 for a single fill. Again, the annual maintenance cost, inspection cost, and hangar cost are a few additional expenditures.

Meanwhile, if you aren’t a pilot, you are supposed to spend thousands of dollars for the pilot and co-pilot. Therefore, it turns out to be an expensive wish to own an aircraft.

What’s the cost to buy a personal plane?

Do you fly for more than 200 hours a year? According to the experts, you should have a personal plane in that circumstance. However, it’s not a joke to buy an aircraft as it can cost you as low as $75,000.

Looking for an affordable option?

It’s fun having a private plane when you know you have enough amount of money in your wallet to purchase one and maintain it. However, the affordable option to buy an aircraft is to go for a second-hand or pre-owned one.

However, the huge price might have raised a lot of questions in your mind. Basically, the cost varies so much because of the aircraft type, model, year, features, etc.

Which one to choose: The older or newer model?

It’s an easy call if are running out of money, go for the older version of a particular aircraft model. An upgraded model can cost thrice the cost of the basic model.

For example, the basic Cessna model that won’t be more than $4 million is a lot cheaper than the upgraded Cessna Citation XLS. The upgraded model costs up to $14 million.

However, a used but upgraded aircraft model from Gulfstream can cost you up to 20 million dollars.

How many passengers the plane will carry?

The number of passengers defines the size of the aircraft. Single-seat model is the smallest type of aircraft you can have for your personal use. And it may not cost you more than $20,000.

The small personal aircraft is also referred to as ultra-light aircraft that typically comes with a single seating option.

Aeronca Champ 7AC is a perfect example of this type of small aircraft that cost nearly $17,000. However, you have got one more popular aircraft in this price range from Cessna.

Both single-seat and double-seat aircraft belong to the small aircraft category, but the number sitting option makes the difference. However, the price range is great in terms of buying either new or used aircraft.

Both these aircrafts are meant for more space as they have extra sitting options. However, it’s hard to find one from this category below the $50,000 mark.

But as long as you have the option to go for a used one, the game is on to save a few dollars. Beechcraft A55 Baron Aircraft falls under this category that may not cost you more than $40,000.

On the other hand, Piper Aztec is a five-passenger craft, which also stays within the $50,000 mark.

There’s no binding in the cost of an aircraft when you are looking for a high-end one. The features, model, and year are some of the deciding factors for the buying cost of the plane.

When not even the upgraded model seems to meet your needs, it’s a good decision to go for a luxurious model. And Gulfstream has already made a name for luxurious aircraft.

For example, Gulfstream 650 luxurious model can cost you up to $70 million. Don’t you think that’s insane? Please, let us know in the comment section.

Which engine is more powerful: Single or multi?

Well, the choice of single and multi-engine types is another key factor that estimates the purchasing cost of any aircraft. Single-engine crafts are comparatively less powerful and cost less than multi-engine ones.

Being a less powerful engine, a single-engine craft is a fuel-efficient option as it has to travel a less distance. It also means that multi-engine crafts have a higher maintenance cost.

A breakdown of the real cost of having a personal aircraft

The associated cost after purchasing an aircraft is basically the real cost of owning it. Even if you own a small plane, the annual cost of the craft won’t be less than $25,000.

Where to park my personal aircraft?

Of course, you can’t park the personal craft in your garage. Before purchasing an aircraft, make sure that you have a suitable property to store it. On average, the hangar charges 300 bucks.

However, the hangar charge depends largely on the craft model and features. That is to say, the entire cost of storing the aircraft can go beyond $10,000 per year.

Meanwhile, renting a suitable property from the airport to store the craft is another option you have.

Is there any insurance fee included?

Air trips are riskier than road trips, and getting insurance becomes necessary before you go first time on the air. On average, the insurance cost remains nearly $1,500 per year.

The insurance cost has two types, where one is for the craft damage and the other one for single liability.

The least you can think of spending for aircraft insurance is no less than $1,200 annually. Moreover, if it’s a high-end one, the annual insurance can be high as $30,000.

On the other hand, the single liability cost can be somewhere near $12,000.

Do you have to pay for landing the craft?

Yes and no because some airports may not charge anything for the landing, and some might. It depends on the area and aircraft landing space on the airport property that costs at least $100 per landing.

However, the cost can also go up to $500 including the tiedown gear for every landing.

The amount of fuel depends on the size of the plane. If it’s a large plane, you may have 6,000 gallons of a fuel tank. And on average, it costs 5 bucks per gallon of fuel.

That is to say, the fuel cost can range from $30,000 to $55,000 for a single fill. However, a small jet requires less fuel to reach the destination and that can take down the fuel cost significantly.

If you are a pilot, you are on the verge of saving nearly $200,000 per year. The private jet you have bought isn’t automatic, and it needs a pilot to operate it.

And if you are that pilot, then it’s a money-saving option. However, in the opposite circumstance, one must hire a pilot, a co-pilot, and two crews to operate the plane and take you to the destination.

But the thing is that the charge to keep them, one might have to spend more than 200,000 dollars per year.

Basically, the cost to maintain a personal jet depends on how many hours it flies. When the extra flying time overtakes the estimated time, you have to count extra charges.

Moreover, there might be any situation when you are flying in an icy area. That particular situation demands you to clean the ice in front of the landing space, which is an addition to the cost.

Again, if somehow the tire or windshield of the craft is damaged, it’s necessary to replace or repair these components which can cost you $8,000 to $60,000.

How much does it cost to rent a personal aircraft?

Renting a personal aircraft can cost you up to $100,000 for a week. However, it’s never necessary renting it for a week as the rent duration depends on the users’ needs.

Moreover, renting the plane at an hourly rate is also available that appears to be the most affordable option. Meanwhile, the type of jet you are renting is going to impact the renting cost too.

Is chartering a private jet a better alternative to owning a personal aircraft?

On average, a private jet chartering cost ranges from $2,200 to $3,600. However, it’s very much possible to spend up to $23,000 as well when you are chartering a high-end and expensive craft.

On the other hand, a personal aircraft has a lot of associated costs that take the yearly expense to its peak.

Therefore, the suggestion is to not go for a personal aircraft if you don’t have any plan to fly more than 250 hours per year. Charter a private jet in that circumstance, which will prove to be cost-efficient.

Plane or helicopter: Which is cheaper to own?

The answer is very simple as the helicopter is the expensive option here. On average, you are supposed to spend from $2 to $2.5 million for a new helicopter.

On the other hand, an airplane with similar specs, capacity, and distance traveling may not cost you more than $1.5 million. One fun fact about helicopters is that you have to spend $1.5 million for a pre-owned one.

And when the question comes about owning one of these crafts, the plane comes out as an affordable option.

Well, people don’t really buy an aircraft when they can’t bear the maintenance cost. And if someone uses air travel occasionally, it’s never worth having an aircraft.

In case, you don’t meet any of these conditions, it’s better not to go and purchase an aircraft.

However, most plane owners typically change their crafts after 3 or 4 years. So, in order to make the purchase more cost-efficient, you may be good to go for a used one.

How to buy a personal plane

Spending millions of dollars on an aircraft is going to hurt your wallet badly. But the best option to get hands-on with your plane is by purchasing it one loan.

Most dealer companies whether it’s a new or pre-owned plane offer the loan service. However, buying it on loan also means there will be an additional cost as interest when you repay the loan.

The percentage of interest varies from company to company. And it also depends on the time you have taken to repay the due.

After the entire discussion, you can consider yourself a well-known person in buying and maintaining an aircraft. It’s hard to estimate how much the plan will cost after it becomes my property.

However, the detailed information regarding after-buying situations makes everything crystal clear to any buyer.

By: Mahmuda Afreen / Read more about us. Being an agent in an insurance company is a hard job with a good pay rate in the United States. However, one will have to make their place in this industry to earn well which is hard. Planning from the beginning they need to complete the requirements… 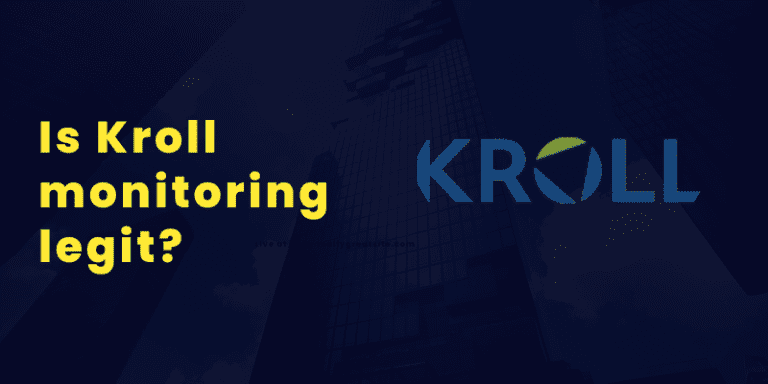 By: Mahmuda Afreen / Read more about us. If you are concerned about your personal information being compromised in the online world. Also, if someone social engineered you and took some confidential information from you, you are vulnerable to cybercrime. You are extremely in need of services like Kroll is giving. They are one of the highly used…

By: Mahmuda Afreen / Read more about us. Depending on the class, elite status, type of ticket, flight origin, and destination, all commercial air transportation offers baggage allowance. A certain amount of goods are allowed to carry on per passenger. And for the extras, airlines have a baggage policy to follow; that will cost you extra…

By: Mr. Jeremy Lessaris / Read more about us. If you aren’t looking for direct cremation for your lost relative; but rather want to arrange visitation and farewell, a glass casket might meet your needs. On average, one is supposed to spend more than $2,000 for a glass casket. However, buyers are allowed to rent a…